When Will Quantum Computing Arrive and How Will It Impact Cybersecurity?

What is Quantum Computing?

Since the beginning, traditional computers have operated in the binary realm, using bits that represent ones and zeros to calculate and process data. Current computers are limited in their ability because they can only deal with one set of inputs and one calculation at a time. Enter qubits, which are volatile and changeable by nature and responsible for powering quantum computers.

Thanks to the principle of quantum superposition, qubits can store the values of one and zero at the same time. This gives quantum computers the ability to simultaneously solve multiple calculations, each with multiple inputs. Quantum superposition gives a group of qubits the ability to explore different paths through calculations. When programmed correctly, paths leading to incorrect answers are ignored while the correct answer(s) are left highlighted. Thus, quantum computers are expected to be a valuable tool to business because they perform fewer calculations to find solutions, which saves time and money. Their power has the potential to be transformative and disruptive to business because of their power to solve puzzling business questions and tackle other issues like optimizing financial portfolios, training artificial intelligence, and designing efficient logistics networks. It is also anticipated that quantum computers will transform cybersecurity.

When Will Quantum Computing Come?

In their recent report “The Next Tech Revolution: Quantum Computing” McKinsey & Company makes note that quantum computing is currently in its infancy. But it is expected that industries like finance may begin to realize gains from quantum computing by 2025. It is expected that other industries will follow along as it becomes more accessible through the cloud or available on its own.

Digging deeper into McKinsey & Company’s projections for quantum computing’s arrival, it is more realistic to expect a longer time frame of at least 10 years before it reaches mass adoption. It is estimated that there could be 2,000 to 5,000 quantum computers throughout the world by 2030. However, it could be 2035 before these tools are in place to tackle business issues because of the numerous pieces of hardware and software required. The finance industry is the industry most expected to benefit from the introduction of quantum computing.

How It’s Expected to Impact Cybersecurity

While it is expected that quantum computing will transform industries, especially finance, it will also transform cybersecurity. Even though quantum computing is not expected to go mainstream before 2030 or later, now is the time for businesses to begin preparing for its arrival. Why? It is anticipated that eventually quantum computers will be capable of factoring prime numbers used with asymmetric encryption algorithms, which form the basis of current data security systems, meaning it is time for businesses to reassess their cryptography systems.

Traditional encryption relies on the manipulation of large prime numbers. It is difficult for present-day computers to crack these numbers. However, since quantum computing will be able to parse such complex data much quicker, a new generation of quantum-resistant encryption algorithms is needed to avoid potential catastrophic security breaches across the business world.

Today, there are no quantum computers that can manage the massive number of qubits needed to perform the factoring required to crack current security. But in 10 to 20 years from now, this is likely to change, which would put businesses, including the finance industry, at increased risks. Therefore, scientists, policy makers, and cybersecurity experts are setting their sights on developing post-quantum cryptography (PQC) to address these expected issues.

NIST Shortlists the Round 3 Candidates for Post-Quantum Encryption

The National Institute of Standards and Technology (NIST) is taking quantum computing’s threat to cybersecurity very seriously. Since 2015, NIST has been seeking new encryption algorithms to replace those that a quantum computer could potentially break.

In 2016, NIST began its open request for proposals and algorithm submissions. The organization released its criteria for the encryption and guidelines for public submissions of candidate algorithms. Initially, 69 viable candidates were submitted from across the globe. By conducting cryptanalysis, NIST was able to break some of the algorithms received and examine how the code could execute and operate within current machines. In 2020, NIST announced their round 3 shortlist of 7 finalists and 8 alternate candidates. It is expected that NIST will soon (at the time of writing) announce their first set of quantum-resistant encryption algorithms that have been chosen for standardization.

How to Become Post-Quantum-Prepared and Standardized

Typical investments in the banking sector have an investment horizon of 10 years. During this period where PQC is likely to appear, changes in algorithms and standards - based on gained additional knowledge and evolved standards as well as triggered by zero-day leaks - impose an agile cryptographic architecture which can embrace modifications in shortest time periods and with minimal effort.

Cryptomathic’s Crypto Service Gateway (CSG) provides a crypto-agile platform, which enables rapid replacement of algorithms and policies in an automated way. With Cryptomathic’s crypto-agile solutions, banks will be able to run a hybrid strategy to enable a seamless 2-step migration to PQC: 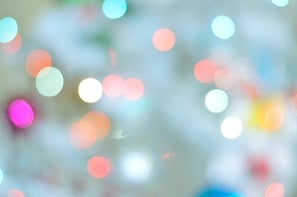