Application hardening usually consists in processing an already developed application, and transforming it so to make it difficult / impossible to reverse engineer and tamper.

This is usually combined with secure coding (code hardening) so that the attack surface is reduced as much as possible. There are techniques to measure the attack surface of an application. The Relative Attack Surface Quotient (RSQ) is one of them.

Passive hardening is targeting the attacks based on static analysis, especially decompilation. These techniques mainly use obfuscation. The goal is to make it extremely hard to convert the application to an understandable code, even in pseudo-code. This doesn't change the logic and behavior of the application itself.

In real-life attacks, hackers are using much more than static analysis. They use dynamical analysis; running the mobile application in a simulated environment with debuggers and emulators. Active application hardening creates runtime protection and modifies the application’s behavior so to respond accordingly to dynamical analysis tools if they are detected.

Such protections usually include:

Code hardening consists of preventing security holes in the code of an application so that even if the application could be reversed, no flaws could be exploited.

Some of the basic techniques used in code hardening are the following:

Code signing is an efficient way of hardening code. This allows the operating system to check that an application was not modified and is the original application. This also prevents fetching “rogue” updates by checking the authenticity of such application patches and upgrades.

Hardening is not optional

Application hardening and code hardening is a valuable technique to prevent source code from being stolen and applications from being reversed.

In the context of mobile banking and mobile payment applications, this is actually not something that is optional.

For instance, regarding the protection of intellectual property (IP), the U.S Defend Trade Secrets Act (DTSA) and EU Directive 943 both voted in 2016 to explicitly deny treating data obtained through reverse engineering as “secret data.”

As a consequence, there is no legal protection for the owners of a mobile banking application against third parties reversing their applications and publishing parts or totality of the source code.

“Mobile payment-acceptance applications should be hardened to prevent unintended logical access or tampering with the app such as code injection or reverse engineering. Numerous techniques can be used for hardening of the mobile payment-acceptance application that will reduce the attack surface” [1].
In regards to code hardening, the PCI Council specifically recommends that mobile banking applications are developed using secure coding techniques and guidelines, such as the Payment Application Data Security Standard (PA-DSS), the CERT Secure Coding Standards, and ISECOM, OSSTMM, or OWASP secure coding documentation. 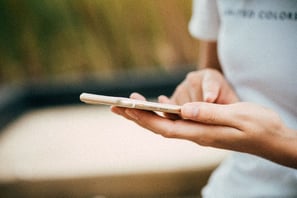