International trade is based on the concept of trust. In situations where there isn’t some established trust, the trading parties get their respective banks involved and use various trade finance products like Letters of Credit to ensure that both sides adhere to the terms of the trade as laid out in the contract. This trust fuels global trade and countries where it can be strengthened generally tend to become the preferred trading partners over time. The focus on trust in international trade brings us to the topic of this two-part series. This article focuses on how eIDAS can help establish trust between trading partners world across the EU and worldwide.

A recent blog post by Andrea Servida, Head of eGovernment and Trust at the European Commission, highlighted some interesting developments related to eIDAS and global trade. He said, “Looking beyond Europe’s frontiers, it is interesting, and I would say gratifying, to note jurisdictions outside the EU adopting analogous requirements to eIDAS. The US state of Virginia for example has already adopted eIDAS standards for accreditation of digital identity providers.” He mentions other countries like Japan and South Africa, which also seem to be headed in a similar direction.

The interest that governments in non-EU states are taking to align their electronic identification and trust guidelines closer to eIDAS might significantly boost the digitization of global trade and trade finance. Andrea goes on to say, “Trade is based on trust: the fact that some jurisdictions follow the example of eIDAS while others stop short of, is this going to impact on are we going to see global patterns of digital commerce and services?”

This fits well with our initial assertion of how establishing trust is one of the most important tenets of global trade. Countries that can move quickly to capitalize on this new method to enhance trust will make corresponding gains in trade.

Establishing trust in the context of global trade can improve financial efficiency in terms of the overall cost of trade. Let’s take the example of a small retail business somewhere in the EU importing goods from a supplier in South Africa and selling them locally online.
The buyer has significant risks that he is facing. The risk is not just based on the performance of his marketing strategy, but also on the strength and reliability of his supply chain because his business relies on that supply.

Countries which can move quickly to capitalize on this new method to enhance trust, will make corresponding gains in trade.

A tamper-proof digital identification system Having a tamper-proof digital identification system that is compatible in both jurisdictions will significantly improve trust in this example. Instead of relying on costly documentary trade guarantees, the buyer can have confidence of whom he is trading with. In case something goes wrong, his supplier cannot disappear because he’s not a phantom, but a digitally verified legal entity.

The second article of this series continues on a similar theme, exploring the role that something like eIDAS can play in the digitalization of global trade, and also in the trade of digital goods.

Digital Signatures vs Wet Signing: The Implications Of Alleged Forged Signatures During The Home Buying Process 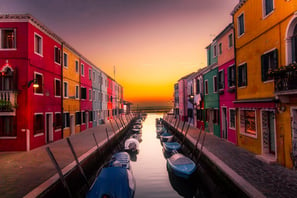