Independent third-party testing is essential for identification, detection, and elimination of defects in a key management system (KMS). The third-party testing organizations often have specialized facilities and expertise to carry out the testing and offer unbiased testing reports. These testing and validation activities should be performed on each module including the security functions and the protective measures employed by each module. This article discusses the benefits of third party testing for a key management system.

The need for third party testing

Business challenges such as quality of key management system, accuracy of internal assessments, accuracy of metrics and system deployment, reduction of production defects and risks. Third party testing provides optimum solution to help organizations improve their test processes. Trained and skilled professionals in the software testing sector perform the testing procedure in an appropriate manner, thereby reducing the chances of errors or other complexities while the software is implemented or used. Moreover, the third party testing company will have a specialized team that can handle any worst case scenario to improve the quality of the key management system software.

The professionals will test the software on various platforms and browsers. Moreover, they can reduce the time taken for the entire testing cycle, which is very beneficial in case of an emergency or immediate requirement. The professional testing team will further ensure that every stage of third-party testing is performed accurately. This provides savings by using a third-party test infrastructure, eliminates the need to acquire and continuously operate a test bed, and avoids time and cost needed to train test engineers to gain expertise. Subsequent engagements by the same third party, whose value was verified by earlier engagements, become even more cost-effective and efficient.

Third-party testing provides confidence that the vendor did not overlook some flaw in its own testing procedures. Specialized facilities from the testing organization help reducing the turnaround time for test activities to complete. Since the key management system and device security are critical, a third-party test will reduce the number of defects in the production environment.

The third party testing of the key management system (KMS) can include both functional and non-functional testing. For instance, scalability testing involves testing a device or system to learn how it reacts when the number of transactions to be processed over a given period of time increases dramatically. Every device has its limitations, but some device designs scale better than others. Scalability testing is used to stress devices and systems so that these problems are known and mitigated before they become fully operational (NIST).

While these validation programs do not guarantee security, they can significantly increase confidence in the security and integrity of the KMS.

Good key management for financial services: protecting your digital assets from the inside out

Payment & Banking: Why IBM z/OS Needs a Banking-grade KMS for the Hybrid Cloud 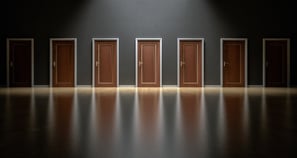